Scores for the City:: 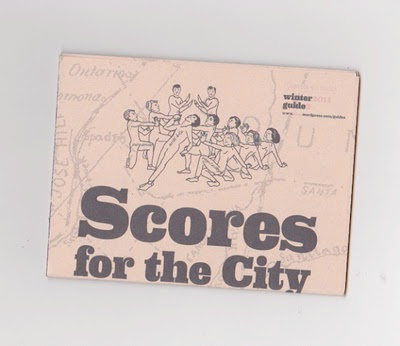 Winter 2011, Guide 2 of the Llano Del Rio Guide can be picked up at the Bicycle Kitchen among other places. It's a lusciously designed pocket poster of poetry, puppets and potions about our fair city. It smells good, too!

One of our Cooks, Jonah Schwartz, wrote a beautiful piece about riding in Crank Mobs called "A View of the City from the Cycle Seat."

The project draws its name from the socialist colony founded in California’s Antelope Valley by Job Harriman in the early Twentieth Century.

Posted by Bicicocina at 2:56 PM No comments:

Mark Your Calendars::Blessing of the Bicycles!

Coming up in May--The Annual Blessing of the Bicycles at Good Samaritan Hospital in LA!!

Since this super-feel-good bike event started the Bicycle Kitchen has sponsored/been a part of it. Come eat breakfast and see all of your sleepyheaded bike buddies get their bikes blessed by multi-demoninational spiritual leaders. Cycling caps off to Dr. Andy Leeka, President and CEO and B.o.B instigator! 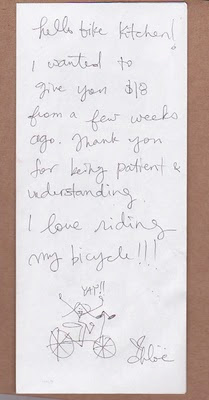 This was left under our door today. Yayy!
Posted by Bicicocina at 5:17 PM No comments: 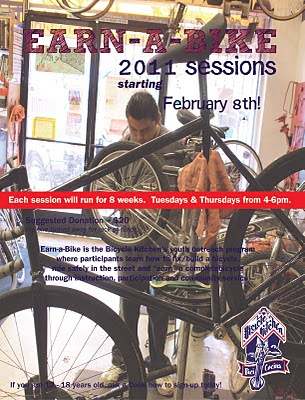 Each session will meet for 8 weeks on Tuesdays and Thursdays from 4 – 6pm. Contact kelly@bicyclekitchen.com for more info.
Posted by Bicicocina at 5:35 PM No comments: